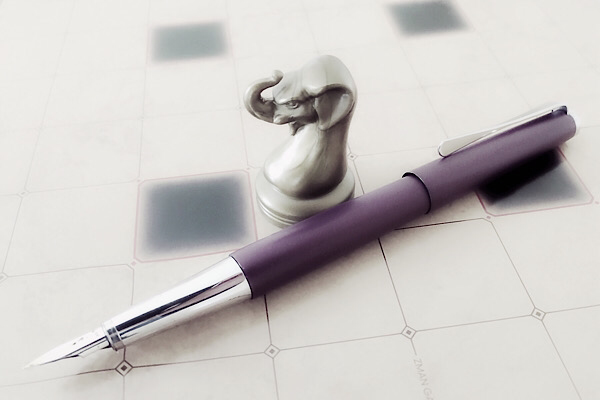 The cover of this issue shows an original prototype of one of Dieter Stein's first games, Accasta. We also have a review of one of Dieter's more recent games, Urbino, and an interview with Dieter about his games and game design more generally. We were supposed to present Accasta in the old AG17, so it is a pleasure now finally to focus on Dieter and some of his games. On his website, Dieter writes, "My primary interest is in innovative concepts, reduced to the essentials and embedded in elegant rule sets, which are challenging and fun to play." That seems to me like a perfect philosophy for a designer of abstract games. I hope we will be able to revisit games by Dieter Stein in future issues.

Tumbleweed, by Mike Zapawa, is a game of utmost simplicity in its rules. Tumbleweed has no connection with Go in its origin, but the game unfolds in a manner that is very Go-like, with opposing walls of pieces surrounding territory. I wanted to describe Tumbleweed as another attempt at Hexagonal Go, but I cannot do that; Tumbleweed is a territorial game that is superficially similar to Go. Perhaps this is “convergent evolution,” in games. Just as bats and birds can both fly, Go and Tumbleweed are both territorial games in which opposing walls of pieces defend territories—each game approached this form from a different direction.

While Tumbleweed is a natural game with a minimalist rule set, Jersi is a game that is obviously constructed and balanced. The constructed nature of Jersi does not mean that it is any less of a game. Think, for example, of the excellent constructed Chess-type games, Chu Shogi and Shogi itself. The tactics of Jersi follow from its intricate rules; interesting strategies follow from its tactics. More and more, I come to think that a game needs interesting tactics above all; if the tactics are there, the strategy will take care of itself.

Dieter stein's games Polar and Urbino can be distinguished in the same way. Polar is workable tactically and strategically, whereas Urbino is outstanding in this respect. Tactical considerations in Urbino most definitely have strategic consequences. And, by the way, Urbino shares the line of sight mechanism with Tumbleweed.

Mattock, by Drew Edwards, is built around the structures of filled cells in a hexagonal array, where no filled cell can touch more than three other filled cells. Certain structures are recurring, and Drew has built a game of careful, puzzle-like manoeuvring of "miners" within these structures as they expand over the board. Mattock challenges the player firstly to perceive certain polygonal shapes, and secondly to understand the tactical and strategic consequences of these shapes. Mattock is a mental exercise; as you begin to see how the game is structured, strategies unfold.

With many of the games we cover, the reader may not have the equipment ready to hand. Maybe you can buy a set or construct a set out of parts from other games. Boom & Zoom by Ty Bomba is different, in that it can be played just with a Checkers board and set. It is great to have the opportunity now to play almost unlimited games online, but it's nice also to handle a physical set. A great many people over the world, across many cultures, have access to something like a Checkers set. We can all play Boom & Zoom, and David Ploog does a great job of explaining why we should play Boom & Zoom.

Ponte del Diavolo by Martin Ebel dates back to 2007. It is not a new game. Nevertheless, we have been doing some catch up, with a retrospective of some of the best games since the old series of Abstract Games. Actually, much of our coverage is like this, racing to catch up on a fast evolving world. K. C. Smith eloquently explains why Ponte del Diavolo still deserves our attention.

Alain Dekker writes about Alfred's Wyke, which is one of the unusual games from designer Andrew Perkis. Alfred's Wyke is an asymmetrical alignment game, like his game Miller's Thumb, described in AG9. Aldred's Wyke is playable on SuperDuperGames, as are Andrew's other games Owlman, Caravaneers, and Mirador. Andrew's highly original games ought to be more widely known, and I hope we can look into them more. Mirador, for example, may be as foundational and significant a connection game as Twixt. While Alfred’s Wyke is too baroque to be foundational, it is an original form for an alignment game.

My interest in the Martian game, Jetan, has developed, too, over the period of the pandemic. Fredrik Ekman and I have been investigating his Chessboard Jetan, with some rebalancing of the powers of the pieces and a solution to the notorious spoiler rule that capture of a Chief by a non-Chief is a draw. The Jetan pieces move in ways that are very untypical among Chess-type games;  the interaction of Jetan pieces in defence or attack is tactically interesting, although quite different from other Chess-type games. Chessboard Jetan hits the right balance, I think, and hopefully we will include an annotated game in the next issue. In the meantime, I include Fredrik's analysis of piece values in standard Jetan.

The game design competitions are back. I am announcing the Unequal Board Spaces Game Design Competition. We will work out the rules as we go. The deadline for submissions is around the middle of this calendar year, and I will find judges for an impartial comparison of submissions, depending on demand. Tip-Top-Toe and Hox, by Larry Back, are the first two entries. I hope there are many more.

​I found out that L. Lynn Smith had passed away. Lynn was responsible for the early articles on Jetan in AG6, AG7, AG8, and AG14. He wrote me once of playing Jetan during his time in the US Navy. I believe his theories on Jetan originate from this time, through much actual experience playing the Martian game. Lynn wrote about the unusual game Gle'x in AG11. He wrote a series of articles on 3D Chess in AG10 through to AG15, and the last was published in AG17 in the new series. He contributed to the game design competitions, and his unusual game SanQi, with shared pieces, was finally highlighted properly in AG17. His games Ithaka, Photonic Attack, and also SanQi, are playable on SuperDuperGames. Lynn was a great abstract gamer, and these are just his gaming accomplishments that I know of. Rest in peace, Lynn. 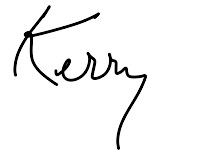