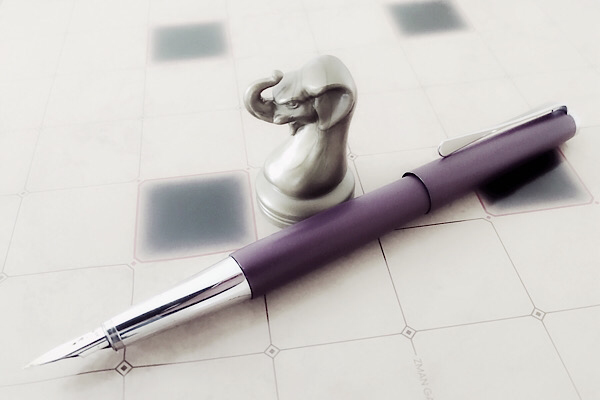 Late in 1999, we conceived the idea of creating a magazine about games. It was a different world back then. I had been playing abstract games by correspondence (yes, really!) with the kNights Of the Square Table (NOST) and by email through Richard's PBeM Server. The latter still exists, although NOST did not long survive the Internet era. There were no web-based options for game play. BoardGameGeek was still a baby, and was nothing like the colossus it has grown into. On a whim, Abstract Games came into being. The old Games & Puzzles magazine of the 1970's was an inspiration, and we hoped that Abstract Games would echo aspects of this classic game periodical.

Abstract Games ran for 16 print issues, from Spring 2000 to Winter 2003. The magazine was well received, and it is fair to say that it improved as time went on. However, we hit a wall in early 2004, when career and family commitments collided with time constraints. We ceased working on Abstract Games while producing AG17. The magazine has always felt to me like an unfinished project; now we carry on.

This new Abstract Games is a continuation of the first series, with the first new magazine called Abstract Games magazine Issue 17 (AG17). We planned the structure of AG17 to embody electronically the key features of a magazine. We wanted to avoid a skeuomorphic flipping of pages or a disconnected list of articles, both of which are popular models for online magazines.

A physical magazine is a particular kind of artifact. A magazine begins at the front cover, continues with the table of contents, and then proceeds linearly through a series of articles to the end. A magazine embodies a particular theme, and the flow of articles in each issue develops the theme of the magazine anew each time. We wanted the electronic version to retain the same structure and the same sense of development in a flow of articles. Of course, there are pragmatic considerations, and I expect usually to fall short of this high goal.

Still, the web publication begins with its version of the front cover, which leads into the table of contents. The articles are strung together, one after another. The flow of articles is similar to that of the original series. Our chosen electronic structure should make it relatively straightforward to translate the magazine to physical form.

The content of AG17 is a mix of old and new. When the old series ceased, we had much of the material for AG17 ready to go. Although most of the material herein is new, we have revived some of the old content that was not published. In particular, I felt we should offer a little closure to the Shared Pieces Game Design Competition, which would have been rolled out in the old AG17 and AG18. We even have new material on "old" games like Onyx. Sometimes we used to investigate a game through a series of articles, and we plan to continue the practice of revisiting games covered in previous issues.

Our overall objective when writing about games is to give more depth of coverage than just the rules. Typically, our articles are aimed at people who are new or relatively new to a game, and who would appreciate some advice from an expert. Knowing a little bit more about how a game works can make it that much more enjoyable. We will also run interviews, reviews, and various other types of articles about games.

As always, our focus is on abstract games, games without theme. Of course, there are very many more theme games than there are abstract games, and I would guess that in the last 20 years the balance has tipped even more convincingly towards theme games. Even many of the games on the BoardGameGeek abstract games ranking are themed, or at least it seems that way to me.

Nevertheless, the game mechanism in itself is always abstract, whether or not a game is themed. Most of the games we investigate will be genuinely abstract, but even theme games may have interesting mechanisms. The topic of abstract games, for us, means a focus on the mechanisms of games, whether or not these games are themed. As far as the abstract mechanism of a game is concerned, the theme does not matter.

I would like to offer heartfelt thanks to the collaborators and contributors who made the new magazine possible. Abstract Games is back up and running because people stepped up to help. A special thank you goes to my wife, Connie. We sometimes refer to "beautiful games" in these pages, but Connie is more beautiful than any of these games!

Some of the contributors to the new magazine were with the old Abstract Games, back in the early 2000's, but others are new. I have not been able to connect with all the old friends. If you were involved in the original magazine, and I have not managed to contact you, please do get in touch.

And so, welcome to the new magazine! As we close this second decade of the twenty-first century, I hope there is still a place for an idiosyncratic magazine like Abstract Games.
Next
Table of Contents